BOTOX® Cosmetic is a prescription medicine used to relax the muscles in your face and will cause wrinkles to improve. Moderate to severe frown lines between the eyebrows called glabellar lines will virtually disappear or appear to give a lift between your eyes.*

BOTOX® Cosmetic is also used to improve the appearance of moderate to severe lines between the brows and the crow’s feet lines around the sides of the eyes.*

Botox Before After Gallery ** 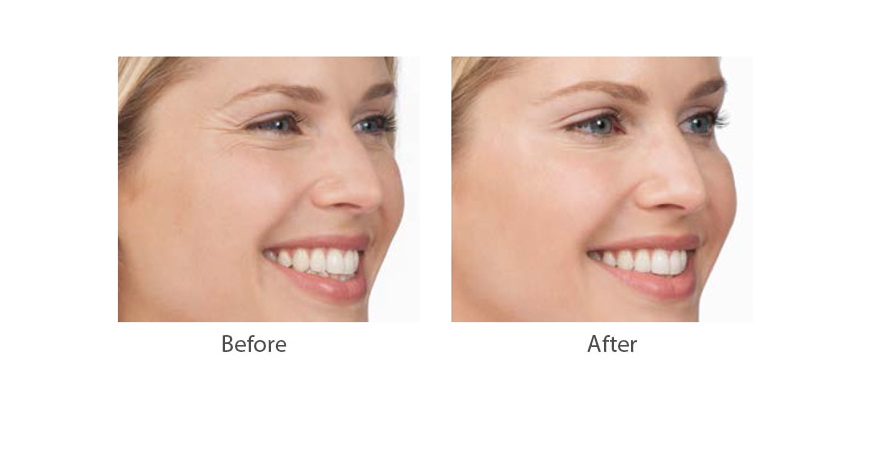 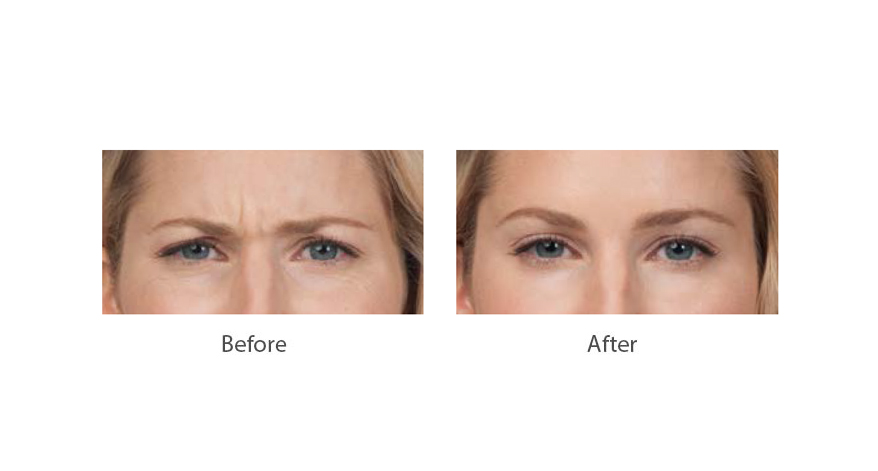 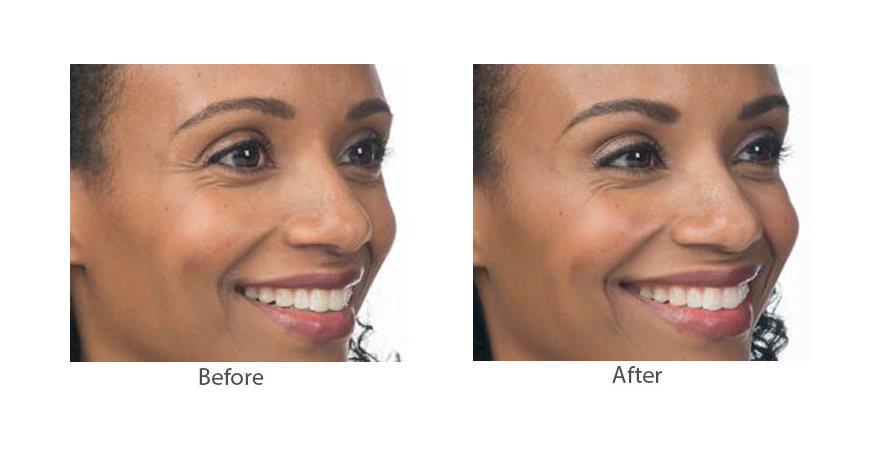 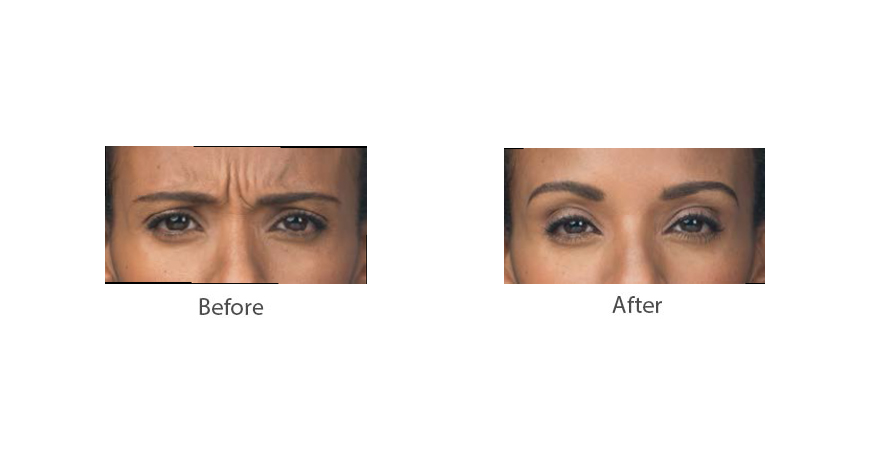 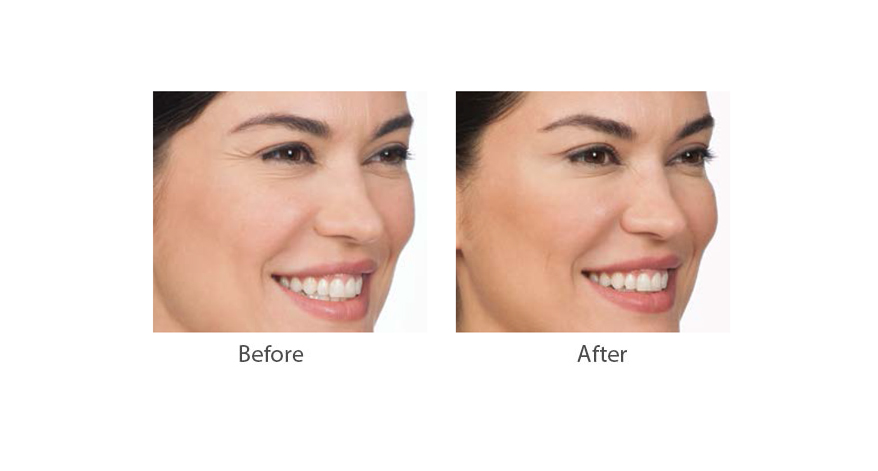 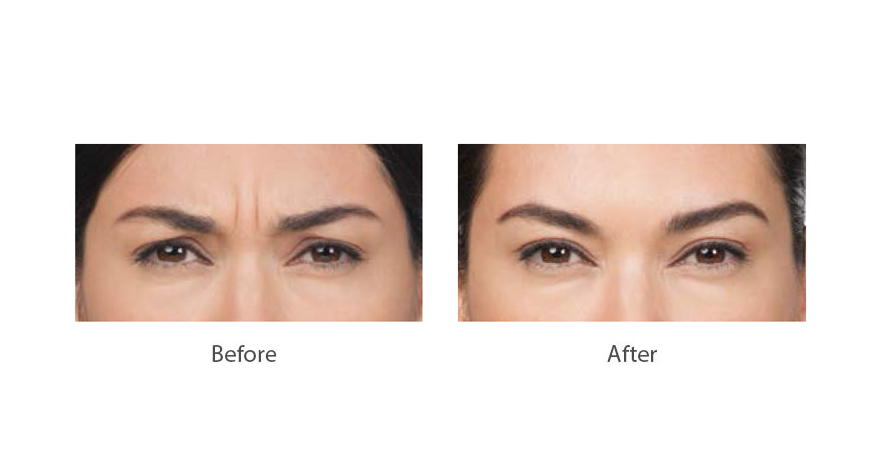 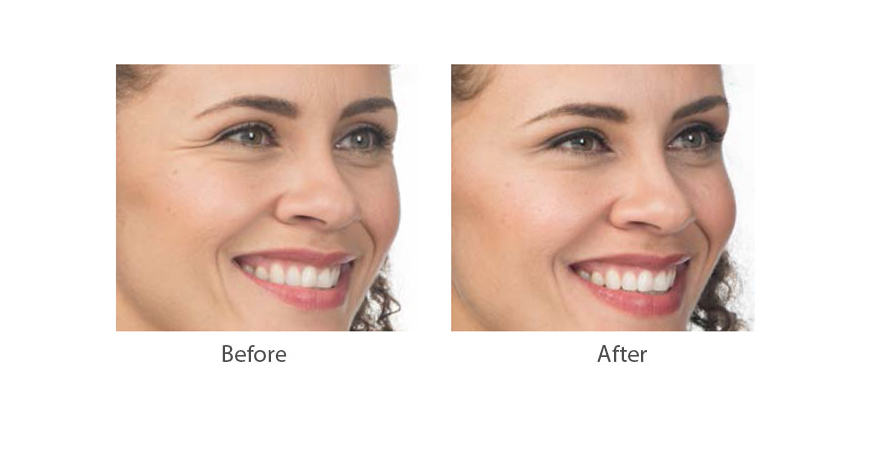 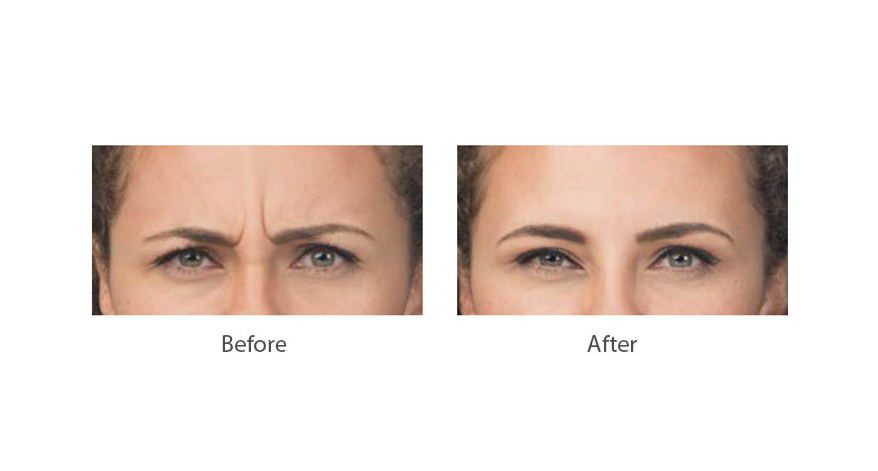 BOTOX® is the first approved neurotoxin in the United States and from our clinical experience gives patients a strong hold for approximately 3-4 months depending on how long you have been using Botox. In our office we use a 1:1 dilution which means that the Botox is exact in terms of how many units we use. We find that most female patients use 20 units in the middle of their eyes and 20 units per area.* For stronger holds or a more “frozen look” we can always use more units. Repeated muscle contractions from squinting and frowning over the years are one of the reasons your skin can crease and furrow. That’s why you keep seeing those moderate to severe crow’s feet or frown lines when you look in the mirror. However, Botox can and will correct those lines if used consistently over the years.*

How does Dysport work?

Dysport® treats moderate to severe frown lines by reducing specific muscle activity just like Botox®. Wrinkles are caused by repeated movements and muscle contractions, which means they can even develop at any age. The more movement you have over time repeating the same contraction causes lines to be etched in your skin. Injecting Dysport between and above the eyebrows temporarily prevents muscle contractions that cause frown lines, leaving the rest of your face to move naturally.* In other words, no frozen face, just natural-looking results.* You can control your look instead of your look controlling you. In our clinical experience we have found that Dysport disperses under the skin further than other neruotoxins. Thereby covering more area and sometimes requiring less product. In addition, it is a more natural look, not as stiff.*

Dysport Before After Gallery ** 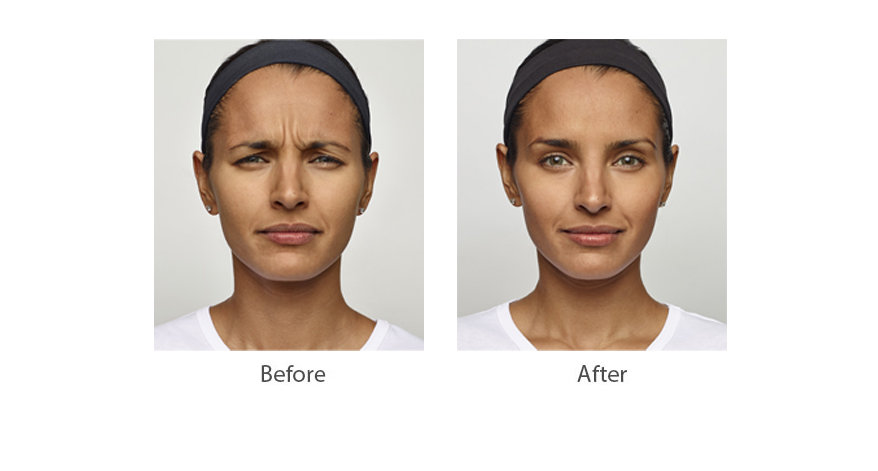 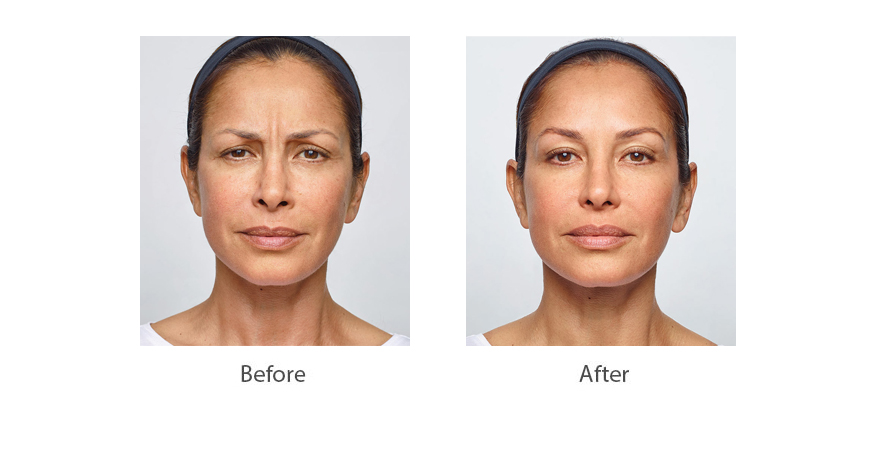 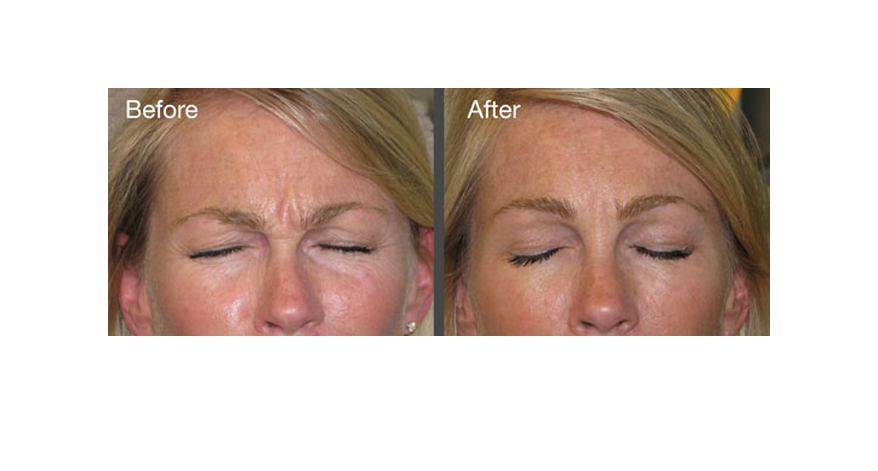 How long does Dysport last?

Forget frown lines for up to 4 months.*
You’ve got better things to do than think about what your forehead wrinkles look like. In just one 10 to 20 minute treatment, Dysport may help improve the look of your frown lines for up to 4 months.* The majority of patients see improvement in just 2–3 days after treatment.* Results of repeat treatments may be comparable to your first use. Another plus? There is little to no downtime after your treatment, which means you can get back to your day faster.*

How does Xeomin work?

XEOMIN® (incobotulinumtoxinA) is a prescription medication used to temporarily improve the appearance of moderate to severe frown lines between the eyebrows (glabellar lines) in adults much like Botox® and Dysport®.

Xeomin Before After Gallery ** 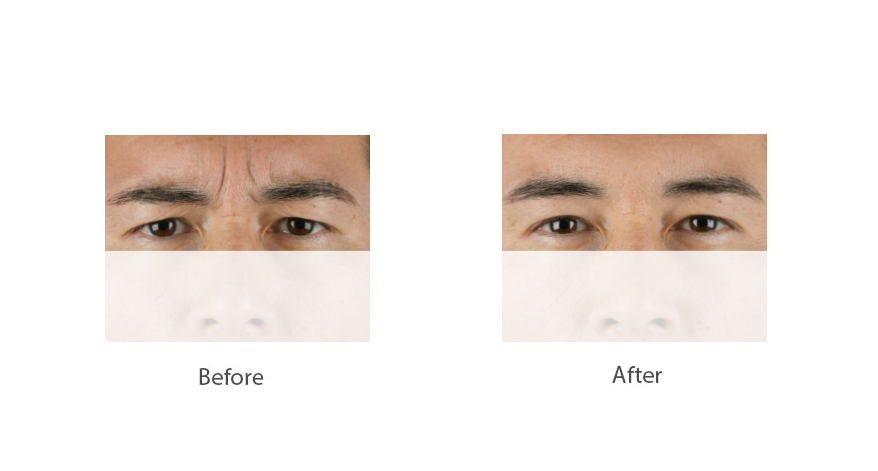 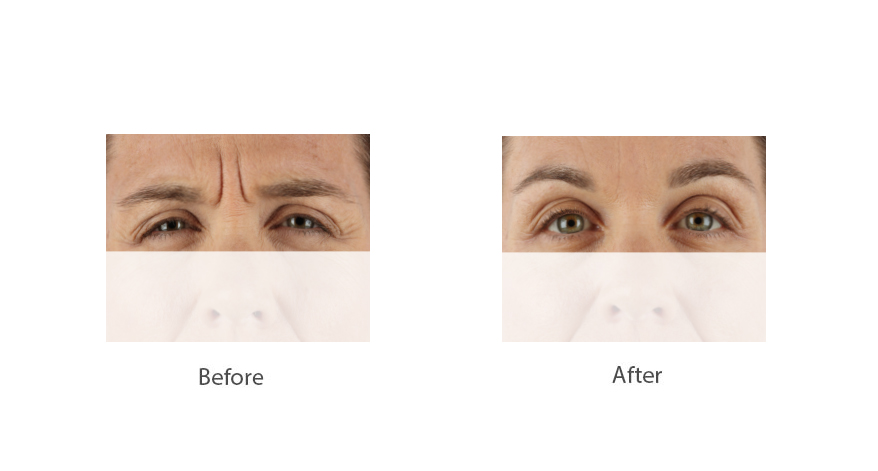 Xeomin® does not have any preservatives or purified proteins and is considered the nerurotoxin that patients can use if they have an allergy to either Botox or Dysport or no effect from either of them. In clinical practice we have experienced a lighter effect from Xeomin and a more natural look.* Xeomin is for patients who still like to have movement after a neurotoxin. Xeomin has the same onset of action as Botox and Dysport 3-4 days and lasts 3-4 months.*

XEOMIN® was approved by the US Food and Drug Administration (FDA) in July 2011.

Unretouched photos. The median first onset of XEOMIN® effect occurs within 7 days of injection. Maximum effect typically occurs at 30 days. The typical duration of effect is up to 3 months, but may last significantly longer or shorter in individual patients. In studies XEOMIN® treated subjects ranged from 24 to 74 years of age with an average age of 46.*

*The information on this website is not an alternative to medical advice from your regular physician. Our health advice is not intended as medical diagnosis or treatment; consult your regular physician. This site is for educational purposes only, and does not replace the need for a formal consultation with your doctor before receiving treatment. The content/images on this website are not a guarantee of individual results. Individual results may vary. 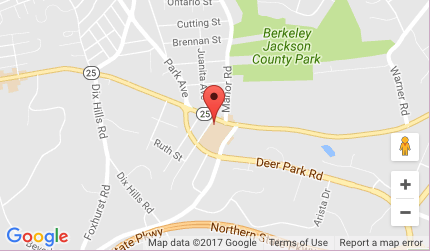 In case of urgent, feel free to ask questions.